#16 – Playing Full Out with Glen Mather 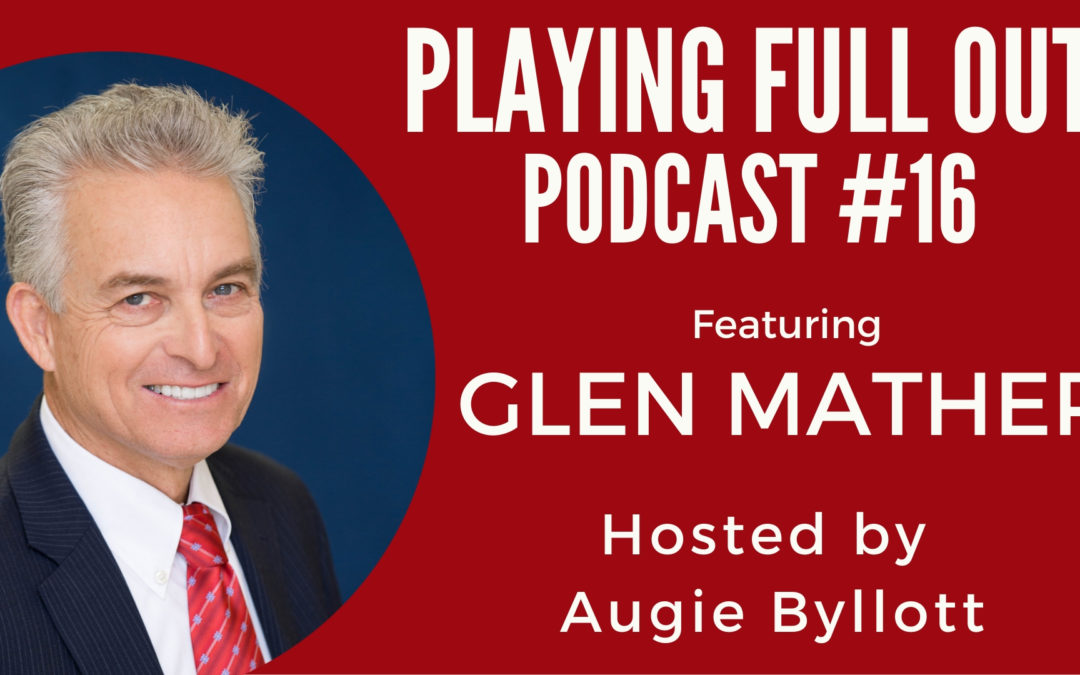 Greetings folks! I’m thrilled to announce Glen Mather as our guest on this week’s episode of #playingfullout.

Glen embodies the true essence of an Entrepreneur in that he does what all great entrepreneurs do–identify a need and SOLVE it. This formula of entrepreneurship is what lead Glen to found NuView IRA, a premier, regulated Custodian for self-directed alternative investments, primarily held in IRA and retirement account.

It was due to Glen’s passion for self-direction that the NuView office was opened in Central Florida in August 2003, founded to broadly open up the opportunity for others to participate in taking control of their IRA. Over the course of the last 15 years, he has gathered a management team that shares his enthusiasm for providing others access to the full opportunities within their retirement plans. Glen speaks nationally on the topic of self-directed IRAs and has been featured in print and on television. He serves on the board of the National Entrepreneurial Center, the Forest Lake Education Center, is a graduate and sponsor of Lifework Leadership, and recently completed service with the Association of Corporate Growth.

Before founding NuView, Glen completed his business undergraduate degree at Southern Adventist University and his Master’s in Information Systems at the University of Southern California. He has held senior management positions with Lockheed, McLaughlin and Associates, and One, Inc.

Stay tuned and learn more about Glen on this week’s PFO episode!